The economic contraction will deepen and last longer, while a debt restructuring settlement has not yet been reached 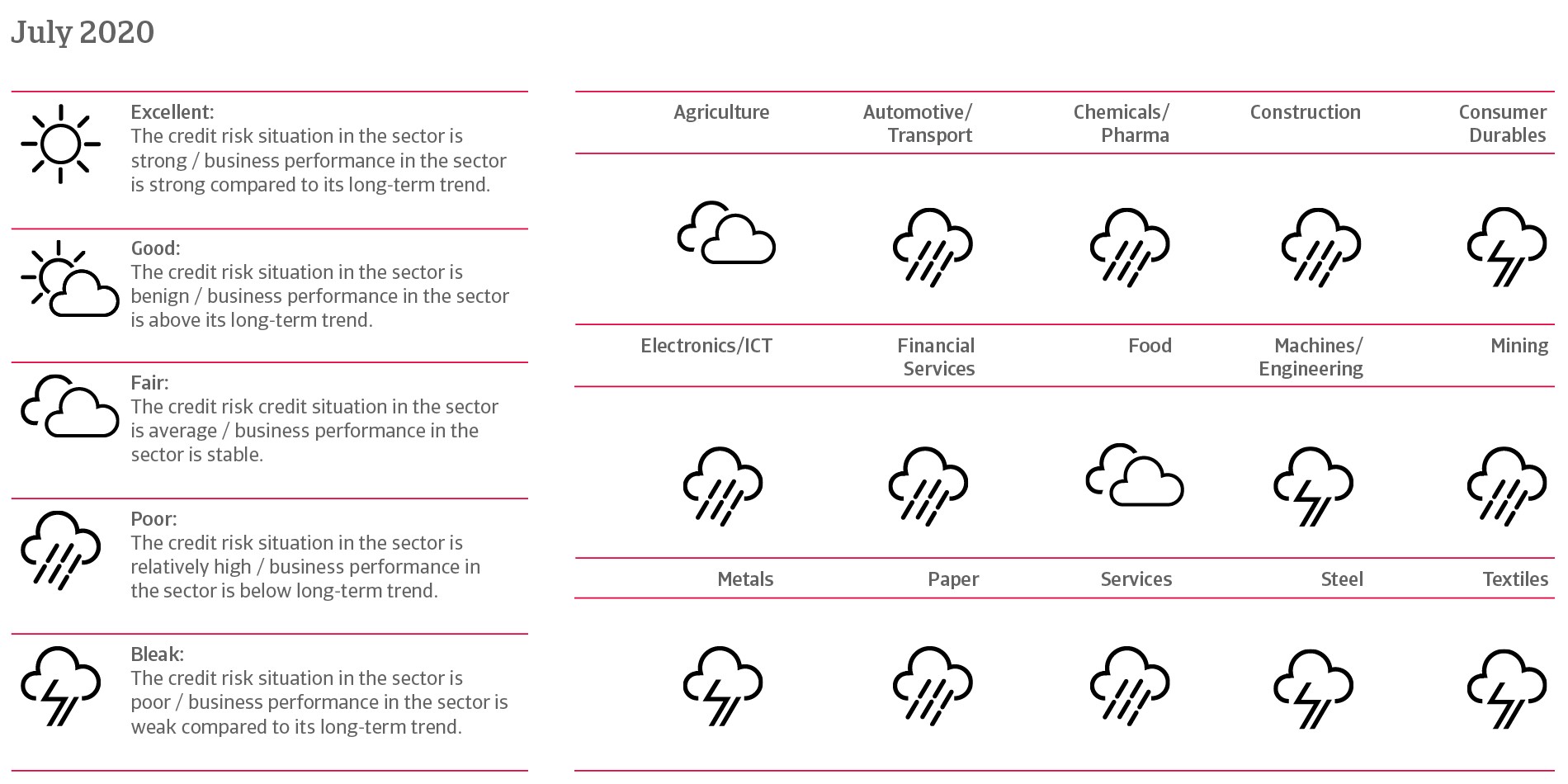 The October 2019 presidential elections were won by centre-left Peronist Alberto Fernández, who assumed office in December for a four-year term. The new Vice President became Cristina Fernández de Kirchner (the two are not related), who was President between 2007 and 2015. The top priorities of the new administration have been reviving the economy, restructuring sovereign debt to avoid a disorderly debt default and rebuilding trust among businesses, consumers and investors. However, this has been severely impaired by the spread of the coronavirus pandemic and subsequent lockdown measures. Lockdown measures were imposed at an early stage, helping better contain the spread of the virus compared to some other South American countries.

The President’s choices for key economic positions have demonstrated his centrist approach so far, but clearly indicate a shift towards more unorthodox policies compared to the previous government (e.g. by imposing more restrictive price and currency controls). Although the government has launched several emergency measures to re-start the economy and support the most vulnerable population groups, it still lacks a comprehensive economic plan.

The current cabinet appears to be a fragile compromise between moderate Peronists and those loyal to Christina Fernández de Kirchner, who belongs to the left faction of the Peronist party. Fernández de Kirchner has significant support in Congress and pursued a populist economic policy agenda during her terms. Therefore, investors remain wary about a return to unorthodox and populist economic policies. The recent announcements by the government to expropriate a major agricultural conglomerate have raised concerns that Vice President Kirchner and her allies are gaining more influence on economic affairs, and that the administration is shifting away from its more pragmatic approach.

The economic contraction will deepen and last longer

The structure of the Argentinian economy makes it very vulnerable to external shocks. This is due to a high dependence on commodities (agricultural products account for more than 50% of exports), a relatively high stock of non-residential inward portfolio capital (almost 250% of official reserves), high external financing needs and its long history of debt default.

Argentina already faced major economic troubles before the coronavirus pandemic. The country has been in recession since 2018, with stubbornly high inflation (at an annual rate of more than 50%), unemployment exceeding 10% and a poverty rate that has increased to affect more than one-third of the population. A massive peso depreciation (by 50% in 2018 and by 37% in 2019) forced the previous government to impose partial currency restrictions as of September 2019 and to request a re-profiling of its foreign currency debt in the wake of a spike in debt amortisations in 2020, dwindling foreign currency reserves and a derailed IMF programme.

The coronavirus outbreak, along with subsequent social distancing and lockdown measures, has worsened the already strained economic situation, having an ongoing negative impact on all industries except agriculture and food. GDP is expected to contract 8.8% in 2020 and to recover only partly next year, due to a weak business and investment climate. Exports, private consumption and industrial production are expected to contract more than 10% this year, while investments are forecast to decrease more than 18%.

Annualised inflation is decelerating on the back of price controls and tariff freezes but will remain high (45% in 2020 after 53% in 2019), while downside risks remain due to monetary financing of fiscal deficits.

To limit the economic impact, the government has announced fiscal measures of 3.5% of GDP (1.75% off-budget) to protect the most vulnerable parts of the population and to assist workers and the private sector. Argentina received USD 35 million emergency support from the World Bank, USD 50 million from the regional development bank CAF (which will also lend USD 4 billion to finance projects in the coming four years) and USD 1.8 billion from the Inter-American Development Bank.

The ninth default since independence

Government debt has increased to almost 90% of GDP in 2019 (56% of GDP in 2017), due to the shrinking economy and peso depreciation, reflecting the high-risk debt structure (78% financed in foreign currency and 49% by non-residents). With the economy shrinking further, the currency depreciating and poverty rising, the country’s debt has become impossible to sustain. Given these events, it comes as no surprise that Argentina’s access to international capital markets has dried up.

In April 2020, the government defaulted on payments on USD liabilities issued under Argentinian law. After a lack of agreement between the government and international bondholders on how to restructure commercial bonds issued in external markets, on May 22nd, Argentina missed a deadline to pay USD 503 million in interest on USD bonds issued under New York law, which marked its ninth default since independence in 1816.

Since then, the deadline for a debt restructuring settlement has been extended several times, currently to July 24th, as investors stated that they would not immediately take legal actions, as long as negotiations with the Argentinian government are underway. It seems that in principle, both sides want to reach an agreement; however, major stumbling blocks remain (e.g. the above mentioned plans by the government to expropriate a large agricultural conglomerate). Therefore, a disorderly default cannot be ruled out, which would affect bonds worth USD 65 billion.