The US China trade war is entering a new phase 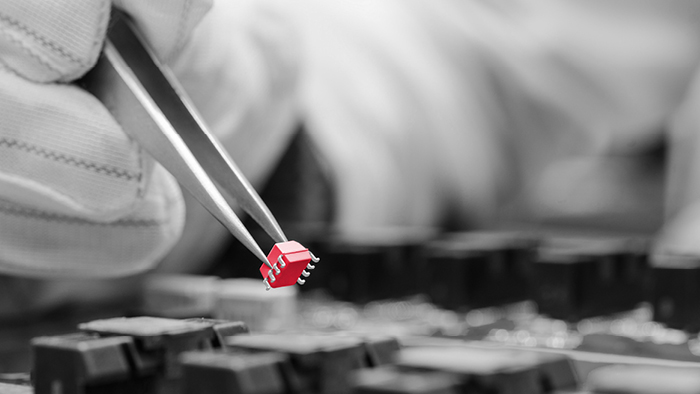 The trade war between the world’s two largest economies entered a new phase in October, as the US imposed sweeping export controls on cutting-edge technologies destined for its Pacific rival.

The aim of the regulations is to limit the ability of Chinese companies to obtain or develop advanced microchips, especially those that would drive new innovation in Artificial Intelligence (AI).

The new laws also prohibit US individuals and companies from supporting Chinese businesses involved in these areas.

For its part, China seems in no mood to ease tensions. October’s Chinese Communist Party Congress meeting cemented the position of President Xi Jinping as a dominant ruler surrounded by loyalists.

This is likely to mean China continuing its policies of increased technological self-sufficiency and prioritising national security over economic growth.

Atradius Asia economist Bert Burger believes the new regulations, and China’s reaction to them, could have profound implications for both sides.

“We’re witnessing a new and more intense phase of a trade war that has been rumbling on since the Trump presidency,” he says.

“The export controls, and prohibitions over US citizens supporting Chinese companies, will likely result in a decoupling of the US and Chinese economies in the field of high technology, and negatively impact the exchange of knowledge between the two superpowers.”

Over time, Bert thinks this new phase could result in Western multinationals reducing investment in China, and shifting production of high-tech goods to markets like Malaysia, Thailand and Vietnam.

Implications for the US

While the new rules will see major chip design companies losing a key export market, Jon Starck, manager of Risk Services at Atradius US, thinks the impacts on the US technology sector will take time to filter through.

“The short-term impact on US high-tech businesses will be limited, as there will be many exemptions for key players,” he says.

As well as short-term exemptions, US companies can apply for licences that allow them to continue selling proscribed products to China. The US Commerce Department insists that most will not be granted, but that position might change if tensions ease.

The US clearly believes that, in the longer term, the prohibition will be worse for the Chinese high-tech sector than its own.

It may be right. The US is a core market for China’s “mature” (older) chip industry, but the US Government has been using subsidies to encourage domestic microchip manufacturing since the start of the pandemic.

In China, the new rules could have a significant impact. Chinese memory chip makers stand to suffer most in the short term because they rely on American equipment.

Chris Chen, manager of Risk Services for Atradius in China, says the new rules will also stop China developing its own next-generation chip industry in the near future.

“The Chinese government has poured untold billions of dollars into its chip industry,” she adds. “However, building a fully Chinese supply chain in advanced microchips may be almost impossible in the near future. China’s own equipment makers remain four to five years behind overseas counterparts.”

It will be difficult to circumvent the prohibition because the US is applying sanctions extraterritorially. That is, advanced chip makers in other countries will comply with the controls or lose access to essential US equipment.

But the regulations only apply to the most leading edge chips, which amount to just a small percentage of overall microchip trade. That means that, in China too, the wider short-term impact may be limited.

“The actual impact of the restrictions will hinge on how the policy is implemented,” says Chris. “Nonetheless, we don’t expect a broad commercial impact on private Chinese business in the short term.”

Implications for the wider industry

As well as US and Chinese manufacturers, the rules have significant implications for chip makers in other countries.

Albirich Tang, senior manager at Atradius Asia, based in Hong Kong, says that manufacturers in the wider region may loosen ties with Chinese customers to ensure compliance with US regulations.

“It’s likely that chip manufacturers in Japan, South Korea and Taiwan will gradually reduce their ties with Chinese companies and diversify production in the mid and long term, in order to avoid geopolitical uncertainty,” he adds.

At the moment, semiconductor manufacturers in Asia such as market leaders TSMC, SK Hynix and Samsung have a year to comply with the restrictions, so will not act in haste.

But the sense is that leading-edge chip makers in Asia and Europe will not want to fall foul of US restrictions, and risk losing access to the advanced supply chains on which their businesses depend.

With that in mind, the new regulations represent a ramping up of the China/US trade war, with the US deliberately targeting its rival’s leading-edge technology sector. How all this will play out in practice will depend on a number of factors. But at the moment, neither side seems in any mood for compromise.