Lower GDP growth of about 1% is expected in 2016, but still a strong financial situation. Investments in infrastructure will support economic growth. 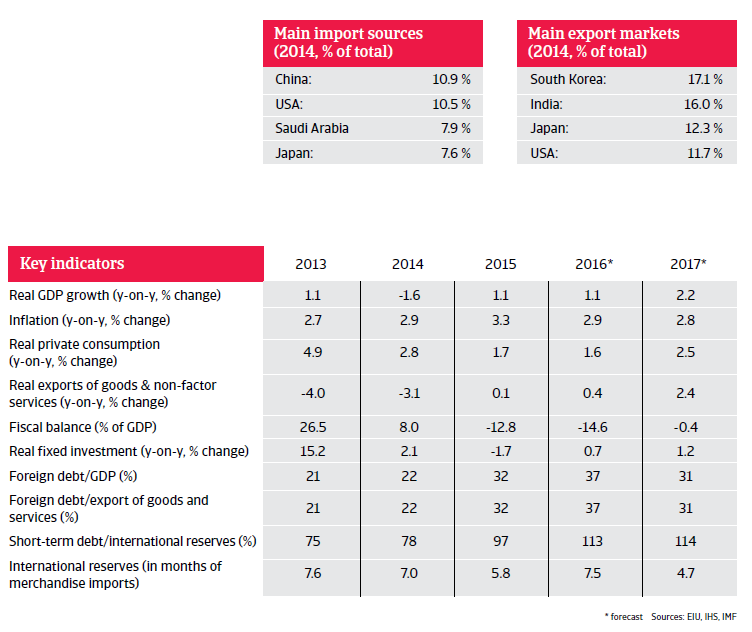 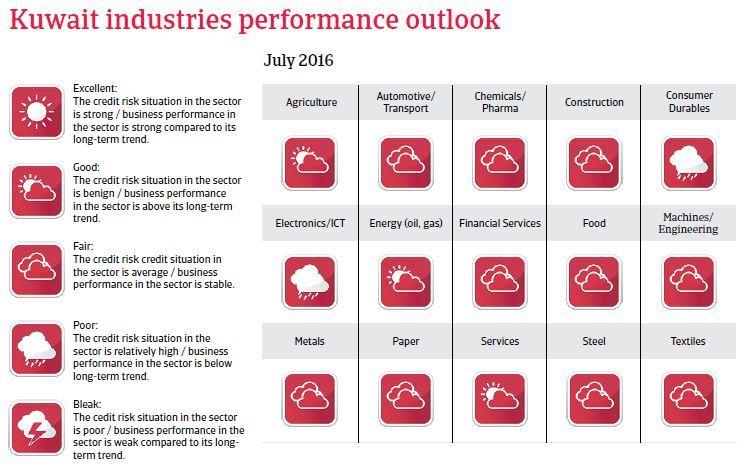 Population: 4.2 million - immigrants make up about 70% of the total population

Stable, although domestic tensions have increased

The political situation in Kuwait is relatively stable. Sheikh Sabah and his ruling Al-Sabah family are still firmly in power, holding most of the cabinet posts. The Emir is chosen from within the ruling family and confirmed by parliamentary vote; the Emir appoints the Prime Minister and Deputy Prime Ministers. While crown prince Sheikh Nawaf Al-Ahmad Al-Sabah is expected to succeed the Emir (who is 87 years of age) in the coming years, the appointment of a new crown prince could then lead to a power struggle within the ruling family.

The government pursues a hardline response on people who are critical of the government and who demand more political reforms. Protests could increase as the government plans to cut fuel and water subsidies in order to decrease government expenditure. In April 2016 there were already strikes in the oil sector due to cuts in government spending for this industry.

The risk of sectarian tensions between Sunnis and Shiites has increased after the bombing of a Shia mosque in June 2015 by the IS. Shiites make up about 30% of Kuwait´s indigenous population. 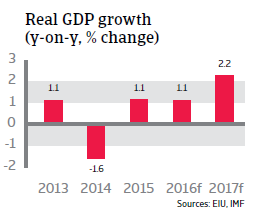 The Kuwaiti economy is highly dependent on oil and gas sales, which account for 50% of GDP, 90% of export revenues and 85% of government earnings. Economic growth is expected to remain modest in 2016, at 1.1%, due to the lower oil price and decreased oil production. However, investments in infrastructure will support economic growth. The budget deficit is expected to increase to 15% of GDP in 2016. Although the government will cut its overall spending and certain subsidies, spending on capital projects will continue as diversification of the economy is high on the agenda. 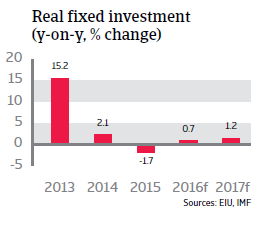 Due to the still low oil price the current account is expected to show a deficit of 7.6% of GDP in 2016, leading to an increase in the gross financing requirement. However, this financing requirement will not be a problem, as Kuwait has a large sovereign wealth fund with estimated assets of more than USD 590 billion and sufficient foreign exchange reserves. Foreign debt is forecast to increase to 37% of GDP in 2016 from 22% of GDP in 2014, but this is mainly due to the decline in nominal GDP. Public debt remains low at 14% of GDP in 2016. Therefore, Kuwait is capable of managing the lower oil price for the time being. The Kuwaiti dinar is pegged to a basket of currencies, dominated by the US dollar. A devaluation is not expected as the government is able to support the peg due to its ample reserves.

In the UAE, payment delays and protracted defaults have increased since Q4 of 2015, as have run-away cases due to cash problems in this industry.