Compared to one year ago (31.5%), Greece has seen an increase of almost seven percentage points in the percentage of overdue B2B invoices in 2017 (38.6%).

In 2017, the Greek economy is forecast to grow 1.5% and exports are expected to pick up. As a result of the modest economic rebound, insolvencies are expected to decline 2% reversing the upward trend since the 2008 crisis.

In 2017, there has been a decrease in the percentage of the total value of B2B sales on credit in Greece. Still, Greece (52.1%) remains one of the countries in Western Europe with a very open stance towards this method of payment. 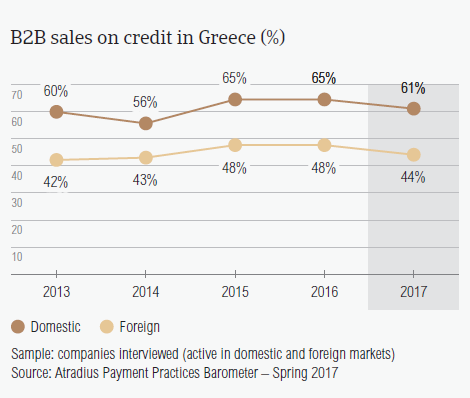 Compared to one year ago (31.5%), Greece has seen an increase of almost seven percentage points in the percentage of overdue B2B invoices. However, the payment default rate recorded in the country (38.6%) is below the average for Western Europe (40.6%). 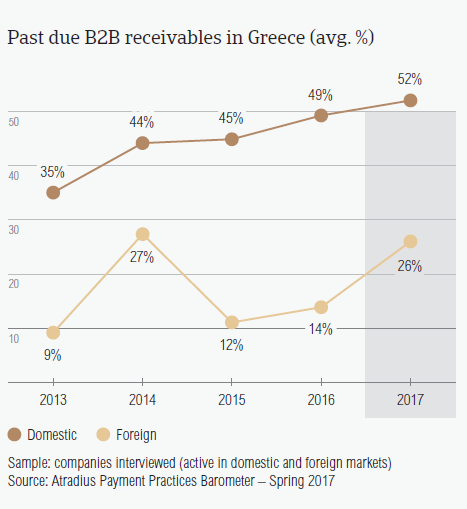 In 2017, domestic and foreign B2B customers of respondents in Greece enjoyed some of the most relaxed payment terms in Western Europe. 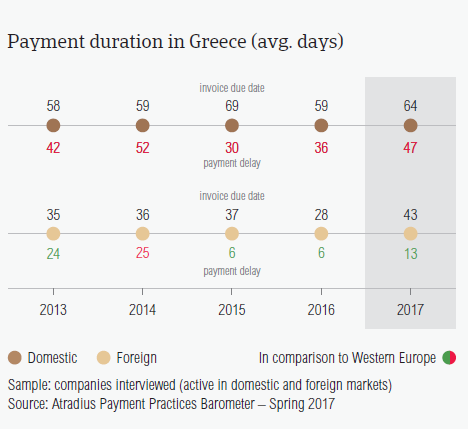 The percentage of Greek respondents (75.0%) who stated liquidity concerns as the main reason for late payments by domestic B2B customers is the second highest in Western Europe after that of Italy (77.6%). 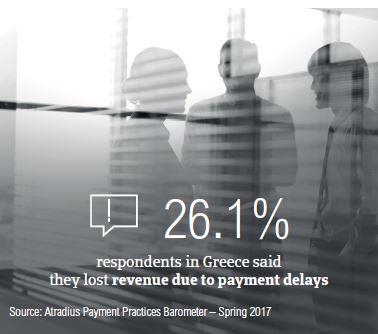 Among the Western European countries surveyed, respondents in Greece seem to be the least inclined to increase their use of credit management tools even with developments like Brexit, the slowdown in Asia and US protectionism. 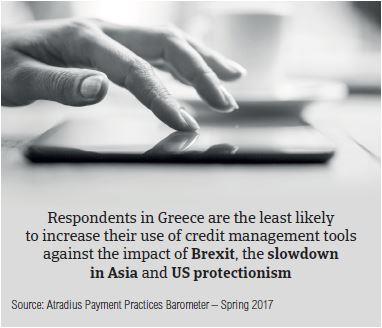 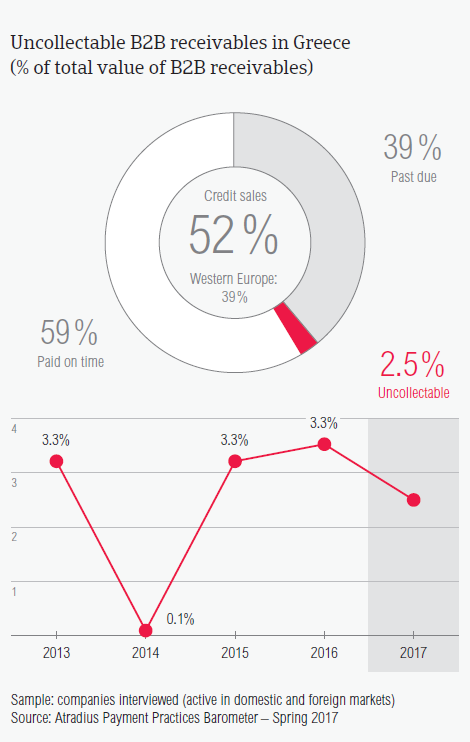 Despite a significant decrease from 2016 to 2017, Greece still has the highest percentage of the total value of B2B receivables written off as uncollectable (1.2%) of the Western European countries surveyed and twice the regional average (0.6%).

Similar to expectations expressed by respondents in Western Europe (26%), Greek respondents (46%) also expect an overall deterioration in the payment behaviour of their B2B customers over the next 12 months. 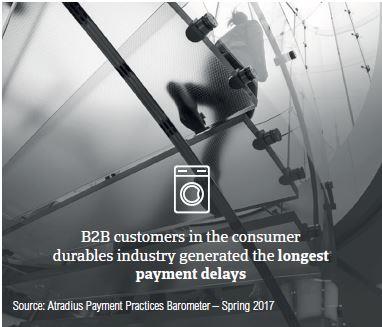