The impact of the Brexit decision on the British economy has been limited so far. However, we expect a rise in Brexit-related insolvencies in the UK of 4% this year and in 2018 as negotiations with the EU intensify. These expectations may have influenced British respondents’ decisions about selling on credit terms but also the increase we are seeing in respondents doing more to protect their businesses against credit risks. 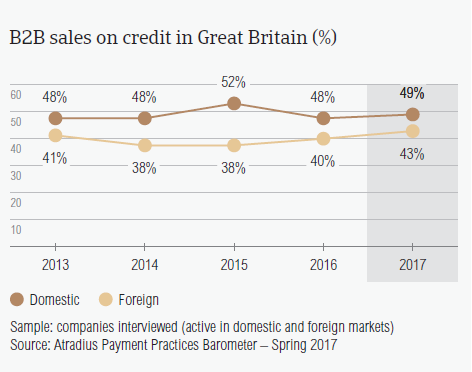 In 2017, the percentage of domestic and foreign past due B2B receivables in Great Britain saw an upswing. This follows a slight increase in 2016 and seems to underline an upward trend. 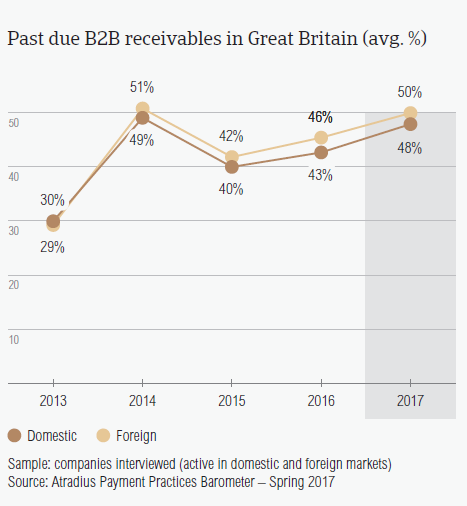 B2B trade credit payment terms extended by British respondents average 23 days from the invoice date (significantly under the 32 days survey average) and are the shortest across the Western European countries surveyed. 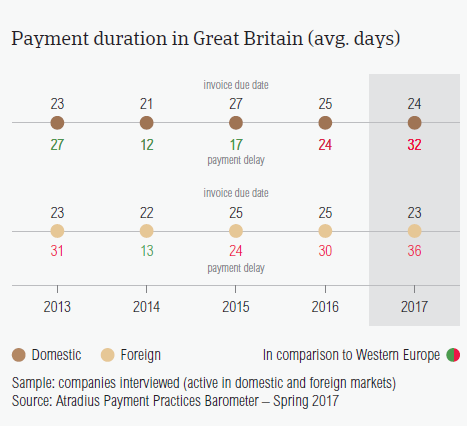 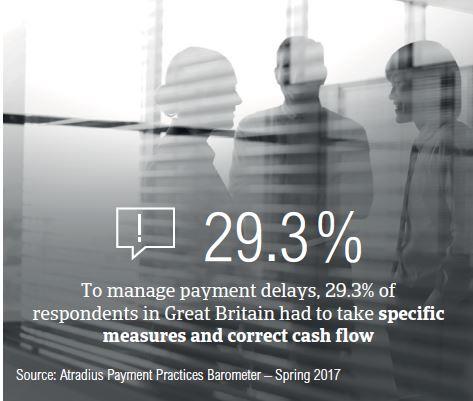 Along with respondents in Germany (22.9%), Spain (22.4%) and Italy (21.9%), British respondents (21.0%) plan to do more to protect themselves against the potential negative effects of Brexit, the slowdown in Asia and US protectionism. 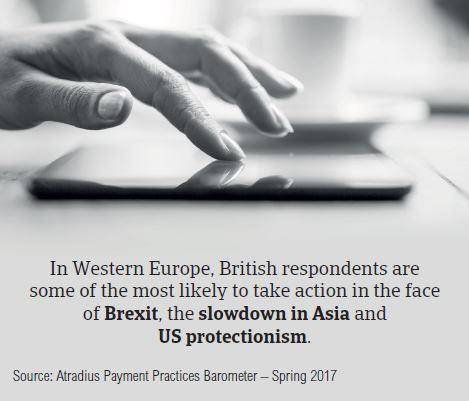 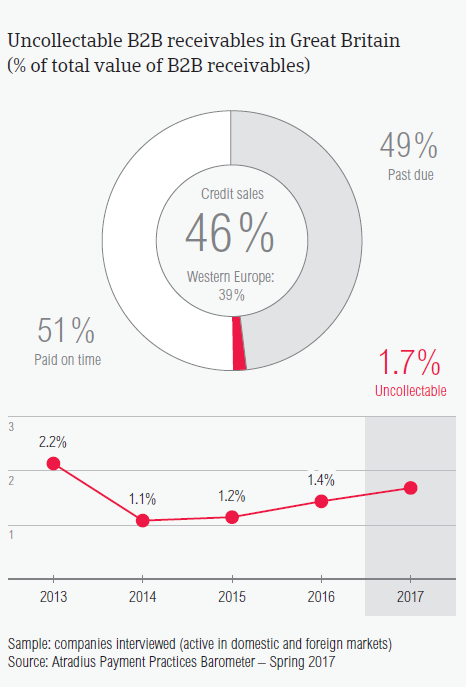 29% of respondents in Great Britain expect payment practices of their domestic and foreign B2B customers to deteriorate slightly over the next 12 months. 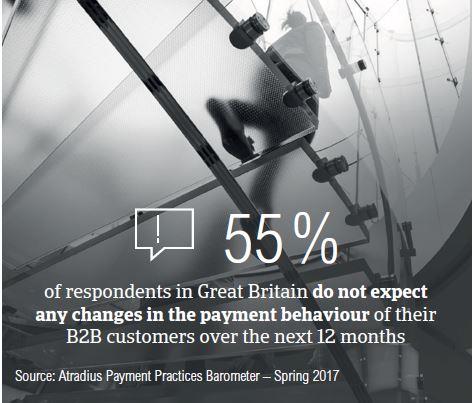