Speed of B2B payments in the Americas declines

Baltimore, 28 June 2018 - Increasing level of deterioration in payment practices in the Americas

David Huey, Atradius President and Regional Director of U.S., Canada and Mexico stated,
“It is interesting that in a healthy, growing economy, bad debt continues to plague the B2B markets. To think that 51% of respondents have had a customer suffer bankruptcy or simply close their doors is eye opening. Any business that provides customer credit, domestically or internationally, will benefit from the data reported in the Payment Practices Barometer.” 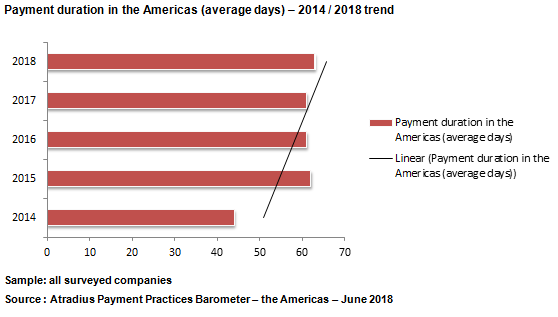 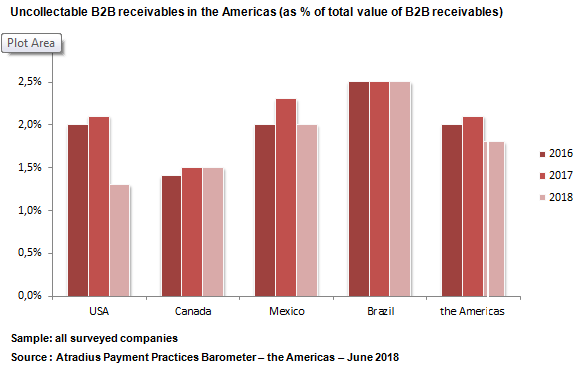 The level of intra-regional exports seems to be stable, particularly among the NAFTA countries. This, despite the threat of a protectionist turn by the U.S. and pending the revision of the free trade agreement. Nearly half of the suppliers interviewed in NAFTA countries say that more than 50% of their commercial activities occur within the region, with 16.5% trading exclusively within the current free trade area. Trade with the U.S. either increased or remained stable for 81.5% of the suppliers interviewed in Mexico. In Canada the positive trade picture is even more pronounced with total of 90.3% maintaining the same or better trade levels with the US.

Like most of their peers in the Americas, respondents in Brazil reported an increase in the proportion of overdue B2B invoices this year.