The recovery of the construction sector has finally gained some momentum, but competition remains fierce, and prices and profitability are still low. 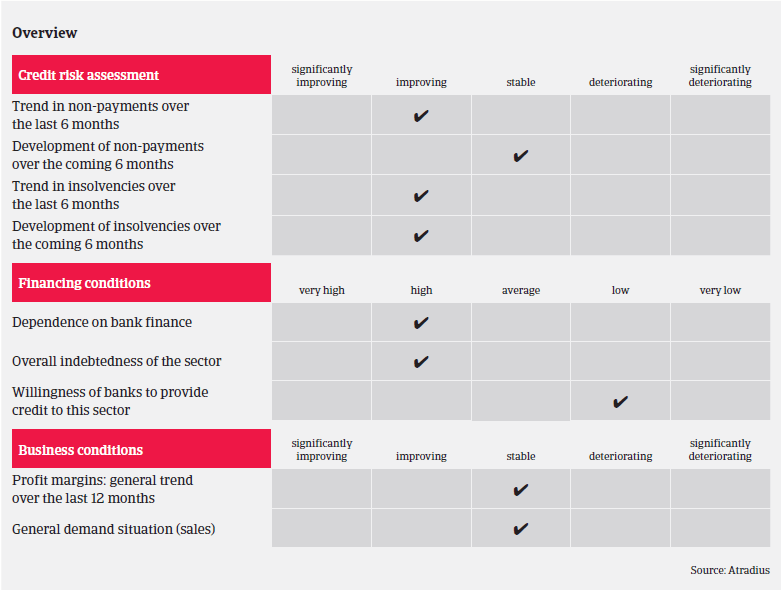 The rebound of the French construction sector has finally gained momentum. According to the French Builders Association FFB (Fédération Française du Bâtiment), in 2016 French construction activity grew 1.9% in volume, after eight years of decline. The recovery was mainly driven by new residential construction activity, which increased 7.4% in 2016. In 2017 construction activity is forecast to increase 3.4%, driven by higher residential and commercial construction output. The on-going recovery is helped by tax exemptions for real estate investors, financial support for first-time buyers and persistently low interest rates. That said, the rebound remains fragile for the time being, as household purchasing power remains constrained and activity in the public building segment remains low due to public budget spending constraints. 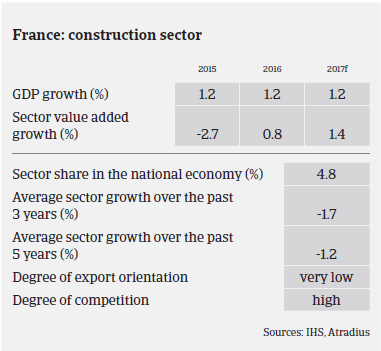 Given the poor construction performance and low demand in previous years, it comes as no surprise that French construction businesses still face many difficulties. Competition is still fierce and prices and profitability remain low, although profit margin levels are expected to stabilise in 2017 due to the increased demand. However, major players keep putting pressure on their subcontractors, and despite the current upturn, banks still remain very selective with their loans, making access to short-term credit difficult. Due to the on-going difficulties in accessing short-term credit facilities, cash management remains a major issue for many mainly smaller construction businesses.

While non-payments in the construction sector have decreased in 2016, the level of NNPs remains fairly high, and payment experience over the past two years has been rather bad. Insolvencies finally decreased in 2016 after several years of yearly increases, and this positive trend is expected to continue in 2017, in line with increasing building activity. However, compared to other French industries the share of construction insolvencies remains high.

Despite the current rebound we remain cautious in our underwriting stance, but we continue to provide cover to our customers whenever it is reasonable and prudent to do so. We closely monitor and review buyers to anticipate potential  risks to our customers. 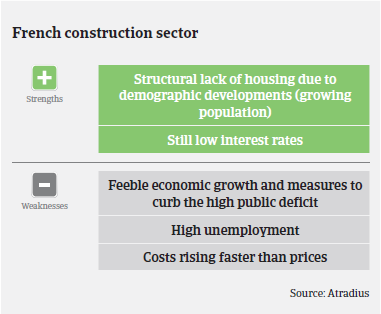 We focus on the cash situation and loan facilities available to buyers, especially smaller and mid-sized companies. Several key financial indicators must be analysed: the level of activity, margins and ability to fund working capital requirements. High financial costs are a key indicator of potential pressure on cash.

Exports are of major importance for the French food sector (especially for the beverages segment), positively contributing to the French trade balance.

Notably more respondents in France (31.3%) than in Western Europe (22.4%) expect deterioration in their DSO over the next 12 months.