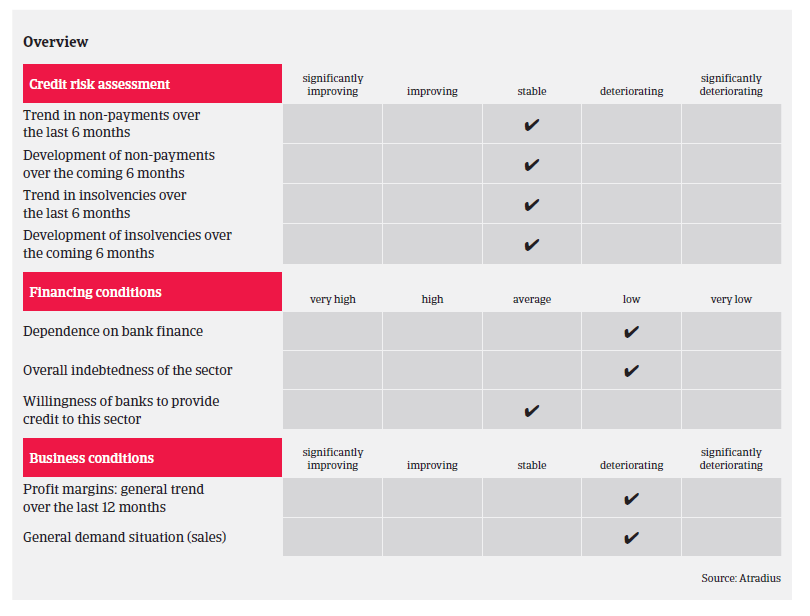 In 2016 the British ICT market continued to perform well, with a value added growth rate of 4.5%. As in 2015 demand for hardware products continues to decline, while software and data services remained the main drivers of growth, together with cloud computing and the Internet of Things. Data centres, cloud computing and the continued development of mobile apps and new technology (e.g. wearable technology) are the areas that are anticipated to drive the sector forward in the coming years.

However, ICT growth is expected to slow down to 2.6% in 2017, as more uncertainty looms over the British ICT market after the Brexit decision. Given the increased economic uncertainty household consumption growth is slowing down, and more business investments are being revised or postponed. Currently many companies are less willing to commit to long- term IT projects and are holding off non-essential upgrades.

After many years of relatively stable exchange rates, currency volatility, (i.e. a depreciation of the pound) following the June 2016 Brexit referendum, has become an issue for the industry, as many ICT companies are importing/purchasing in EUR/USD and selling in GBP. Following the Brexit decision, major hardware vendors have raised their prices by up to 10%, in response to the pound depreciation against the US dollar and higher import costs. A few buyers have confirmed that the supply chain is using this as a reason to increase prices. 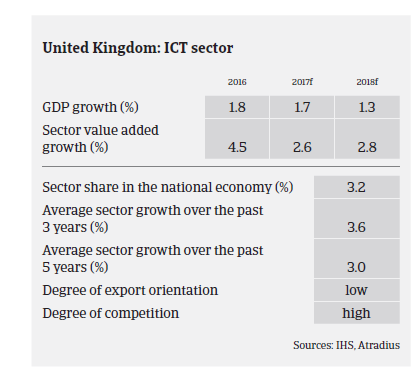 On average, payments in the British ICT sector take around 60 days. Payment experience is good, and the level of protracted payments is low. The number of non-payment cases has not increased in the last twelve months, and this positive trend is expected to continue. The level of ICT insolvencies is average, and no substantial increase is expected in 2017. However, competition continues to be fierce and businesses’ margins remain under pressure, with minimal barriers to entry. ICT businesses not only compete on price but also on their product offering, as they try to differentiate their offering in order to preserve (already thin) margins.

For the time being, our underwriting stance for the British ICT sector remains open. That said, given the current exchange rate issues we focus our discussions with buyers around foreign exchange hedging mechanisms/techniques adopted to ensure they are sufficiently covered as many companies have not faced this risk over the past couple of years. 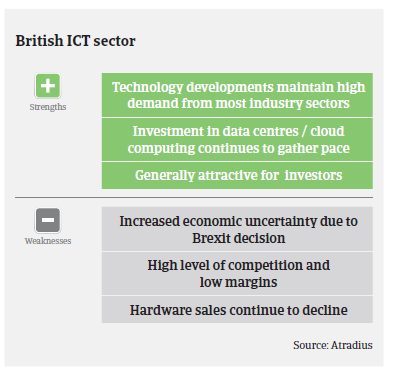 We are also closely monitoring suppliers to the financial services sector, as this industry will potentially be more impacted by the Brexit decision than others, as the potential for financial institutions to relocate to mainland Europe would result in less demand for IT. The EU makets represent an important resource for business growth, recruitment and single market operations of the British ICT industry. Once the UK leaves the EU, there will potentially be added costs and implications for UK resellers.

In times of increased uncertainty the 7% insolvency decrease expected in 2017 is mainly due to statistical adjustments, but not economic resilience.