Both the rebound of steel and metals prices and increased domestic demand have helped to improve margins in 2017, which nevertheless remain tight. 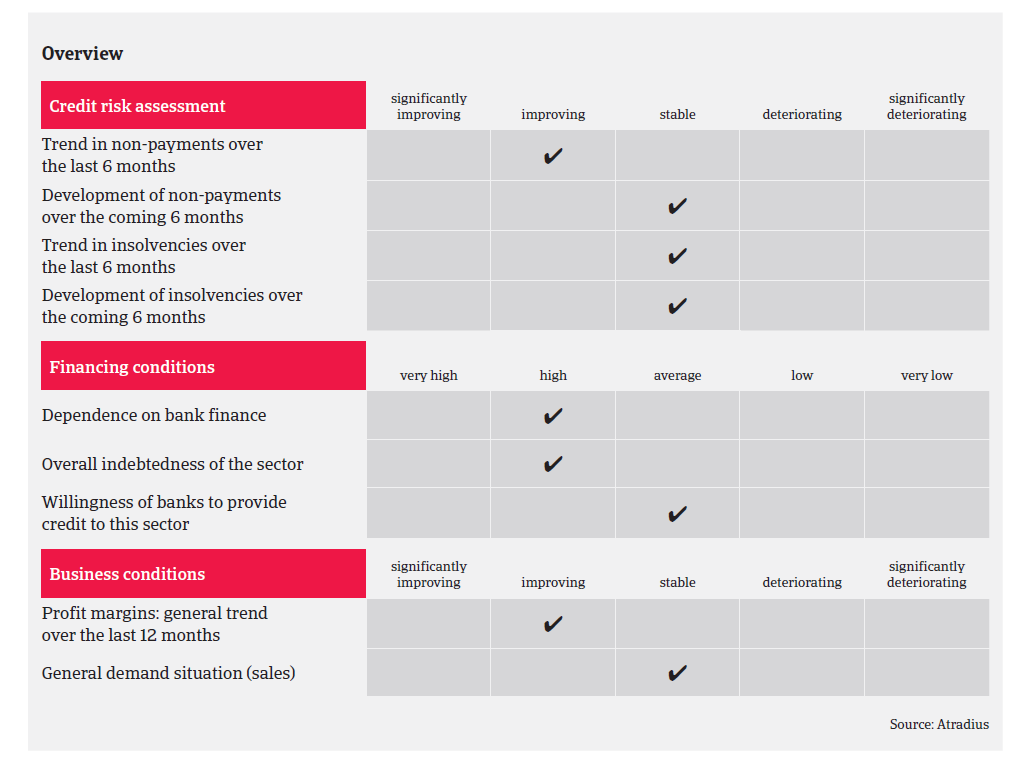 For the Italian economy, metals and, in particular, the steel industry are of major importance, accounting for about 2% of GDP. The steel sector suffered massive production and consumption decreases in 2009 and again in 2011-2013, due to weak demand, overcapacity and flat prices, with all the players along the value chain suffering from deteriorating margins. Due to persistently subdued demand and low cost Chinese steel imports, Italian steel production decreased more than 7% in 2015, to 22 billion tons.

However, the industry rebounded in 2016, mainly due to increased demand from the automotive sector and EU anti-dumping import duties on Chinese steel. Steel production increased 6% due to a surge in flat steel output, while long steel products showed a modest increase. According to the World Steel Organisation, steel production increased 1.7% further in the period January-August 2017. Sales prices have recovered and exports benefit from a favourable euro exchange rate.

However, a real rebound of domestic steel sales is not expected before 2018, as demand from construction, which accounts for about 50% of steel consumption, shows only a modest recovery so far. Exports could be affected as the Algerian market, one of Italy’s main export destinations (together with Germany) is expected to become self-sufficient by the end of 2018. 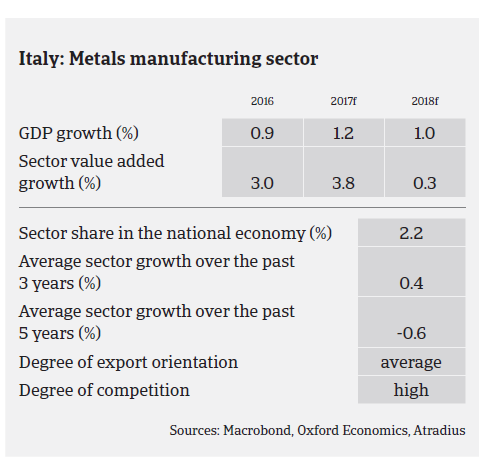 The rebound of steel and metals sales prices, together with export sales and the bottoming out of the decrease in domestic demand has helped to improve margins of steel and metals businesses in 2017, which nevertheless remain tight. Both payment delays and insolvencies have decreased in 2016, and are expected to remain stable or even to decrease slightly again in 2017. However, businesses operating in the domestic market are still affected by slow payments from their customers.

Due to the general improvement of the economic situation, higher sales prices, increased production and the satisfying credit insurance claims performance since 2016 we have recently upgraded the steel and metals sector performance outlook from “Poor” to “Fair”. Our underwriting stance is generally open to neutral, depending on the performance of the subsectors and their main buyer industries. We are more open to steel mills, which benefit from higher sales prices, and to steel and metals businesses linked to the automotive industry. 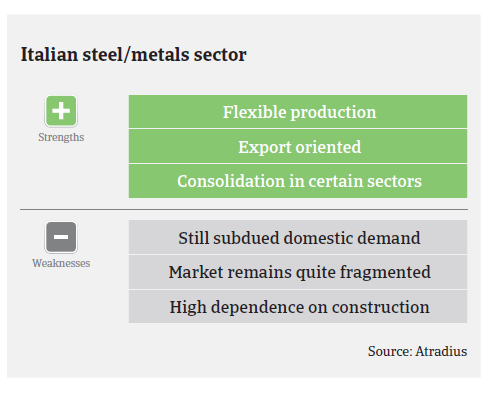 The same accounts for export-driven companies, while more attention is advised for businesses dependent on domestic construction and the oil and gas sector. We are still more cautious with the steel and metals distributors and service centre segment, which is characterised by a large number of relatively small companies with low added value, thin margins and which are high leveraged. While the higher steel prices are favourable for steel mills, they might cause issues for distributors in terms of higher working capital requirements.

Profit margins of machinery businesses rebounded in 2016 and are expected to improve further, but competition remains strong in the domestic market.