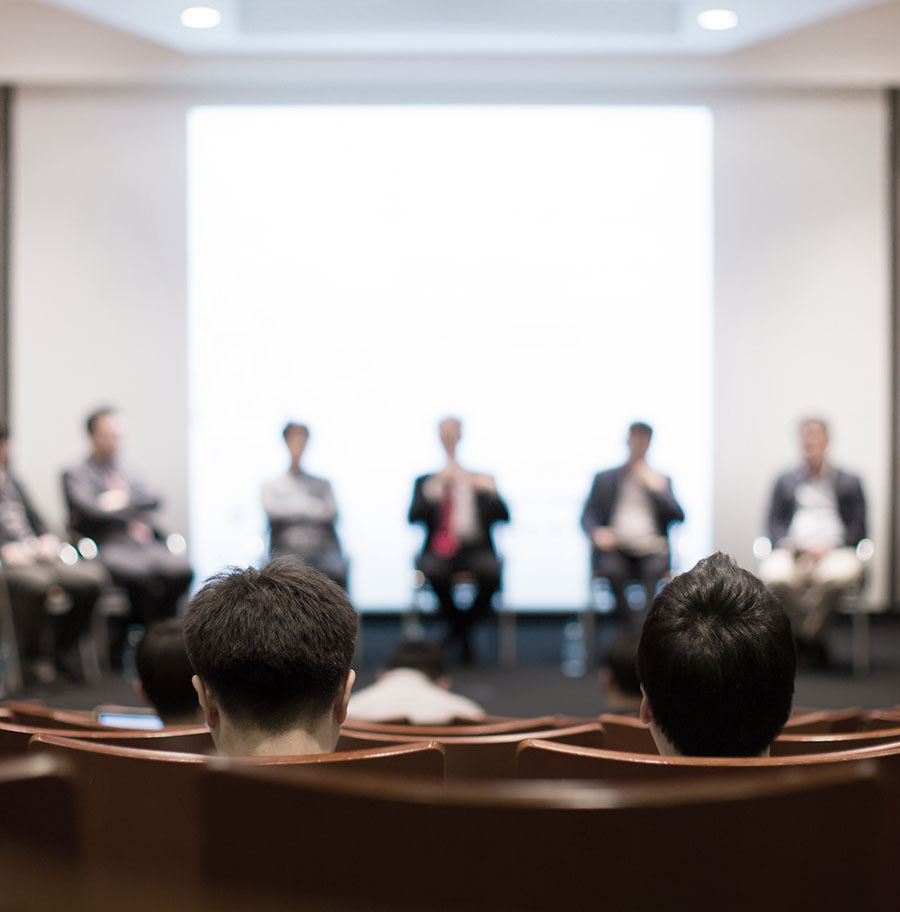 Our panel members for event #3

David Rowan is a keynote speaker who explains compellingly how emerging technologies will impact business — and how leaders should prepare now. As founding Editor-in-Chief of WIRED magazine’s UK edition, David came to know the founders of WhatsApp, LinkedIn, Google, Didi, Spotify, Xiaomi, Nest, Twitter and countless other ambitious startups from Tel Aviv to Shenzhen. He has since invested in more than 80 early-stage tech companies, including three that became billion-dollar “unicorns”, and has built a health-tech and climate-tech fund; and he’s an adviser to Lakestar, one of Europe’s largest venture-capital funds.

His best-selling book, Non-Bullshit Innovation: Radical Ideas from the World’s Smartest Minds, has been translated to Japanese, Korean, Russian and Ukrainian. The book, a 20-country quest for bold corporate innovation in the face of technology-led disruption, sets out 17 proven strategies for future-proofing a successful business — from “Turn products into services” to “Empower your team” and “Become a platform”.

David has been a technology columnist for The Times, GQ, Condé Nast Traveller and The Sunday Times, and founded the VOYAGERS.io not-for-profit community of 400 innovators working to solve health and climate problems. He has moderated events for the World Economic Forum and the UK and French governments and is often invited to speak about changing business models, and how companies can develop a culture of innovation. He is still searching for the future.

Frédéric Wittemans is Executive Director International Credit at the world’s largest IT distributor, Ingram Micro. He is responsible for the company’s credit management processes in Europe, the Middle East and Asia Pacific, a role that involves managing credit teams of 190 people in more than 40 countries, supporting 200,000 customers.

With a presence in 52 countries, Ingram Micro delivers technology, networking, software and data centre solutions, and helps businesses access a full spectrum of global technology and supply chain services. This includes the distribution of hardware such as leading-brand computers, tablets and smartphones, software and cloud solutions and ecommerce fulfilment.

Frédéric has held the position of Executive Director International Credit at Ingram Micro for the past 16 years. His expertise in credit management, international trade and digital innovation means he can share unique insights into the risks and opportunities that digitalisation may pose for businesses and their credit management strategies.

Jean-Marc Noël is co-founder and CEO of Trusted Shops. With a team of 700 employees, the company is active in 12 countries in Europe. Headquartered in Cologne, it operates locally from Amsterdam, Lille, Barcelona and Warsaw.

Trusted Shops' mission is to enable trust between people and businesses in the digital age. The company offers SaaS services such as the well-known Trustmark, real customer reviews, buyer protection and an experience feedback platform. In 2020, Trusted Shops served 27 million consumer members and 30,000 online stores with 17 million reviews and 88 million buyer protections.

A graduate of Ecole Centrale in France, Jean-Marc began his working life in banking in Paris and Cologne before moving into management consultancy, becoming a managing partner of a consulting company in 1997. He co-founded Trusted Shops GmbH in 1999. In 2000, the German economic magazine, Die Wirtschaftswoche, named Jean-Marc as one of the 100 most influential managers in the new economy in Germany.

Dirk Hagener is the Atradius Director of Strategy and Corporate Development. His responsibilities include Corporate Strategy, Strategic Planning & Analysis and Product & Service development.

With a background as a strategy consultant and ecommerce specialist, Dirk’s skillset has helped to drive the Atradius Innovation agenda, including the prototyping of several analytical tools and exploring the use of data in innovative and intelligent ways. Dirk is frequently interviewed about finance and technology and has written about innovation in credit insurance. Publications include Insurance CIO Outlook and Fintech TV News.

Dirk started his career in Atradius in 2002 in Germany and worked in several commercial support functions reporting to the Regional director Central and Eastern Europe. In 2007 he was appointed Head of Programme Management and in 2010 the Head of Corporate Strategy. In 2012 he was appointed to his current position, Director Strategy and Corporate Development.